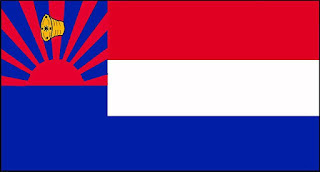 BG L1/389
About 6 million Karen live in Burma/Myanmar. During British rule they were unable to form a free, independent Karen state. After Burmese independence in 1948, about ten thousand Karen demonstrated on 11 February, demanding their own homeland. When their request was denied, the Karen National Union (KNU) decided to take up arms. The issue has not yet been decided, and every year a National Karen Day is celebrated on 11 February. The people put out the national flag, and eat, sing, and dance according to Karen national customs.